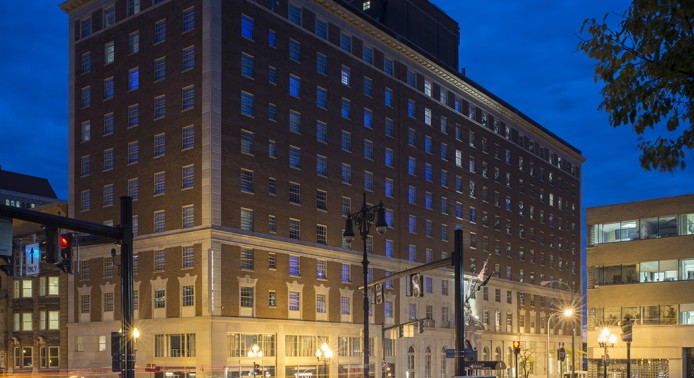 The landmark DeWitt Clinton Hotel on State Street in downtown Albany underwent major renovations and was transformed into a Renaissance by Marriott. Built in 1927, the 11-story hotel was named after former New York governor DeWitt Clinton.

The renovations have preserved a historically significant piece of architecture that dates back decades. It has the feel of a boutique hotel, and includes the building’s original breathtaking lobby. Located across from the State Capitol, the Renaissance Albany offers intimate meeting space for private events, 203 rooms, a full-service restaurant open to the public, lounge, coffee shop, and a 300 car attached parking garage.