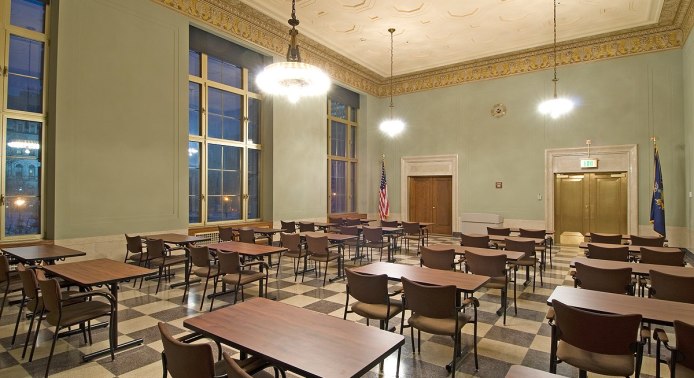 The Office of General Services chose BBL as Construction Manager for this $100 million renovation of an historic national and state landmark. The project is the largest public project in Albany since the construction of the Empire State Plaza. This historic structure is named for Alfred Emanuel Smith, four-time governor of New York in the early 1900s who was known for his initiation of many public improvements. Among the many challenges of the project was the restoration of the intricately-detailed lobby that features mosaic tiling and marble columns. The busy downtown location posed multiple coordination challenges. The 34-story facility serves as office space for state agencies. The A.E. Smith Building was recipient of the Preservation League of New York State’s 2007 Excellence in Historic Preservation Award.